WILDLIFE ORGANIZATIONS ARE CONCERNED about the large number of sprats currently caught – an important fish for the marine ecosystem – off the coast of Ireland.

“There is very little food left for other sea creatures, whether whales, dolphins or seabirds,” according to Pádraic Fogarty of the Irish Wildlife Trust.

Sprat has been fished beyond scientific advice for several years in Irish waters. In 2019 and 2020, landings were more than five times higher than advised catches, with preliminary figures for 2021 at similar levels.

Total sprat catches in 2020 were worth around 3.3 million euros and were mostly caught in the Irish Sea, according to the latest Marine Institute Stock Book. Most (95%) of these catches were taken by Ireland, with Scotland landing almost all of the rest.

Looking at the historical data for the Celtic Seas ecoregion in the Stock Book, we can see that 2020 has been a record year, with landings at similar but not as high levels reached only two more times in over 35 years – in 1999 and 2019.

This small silvery fish is a fodder similar to anchovies or sardines. It grows in large numbers and is eaten by a large number of marine species located up the food chain. Its fishery – the areas where the species is caught – is concentrated within the six nautical mile zone.

Irish vessels do not break any laws because, unlike other similar fish, they are not subject to any quota for sprat and there is no total allowable catch for them in Irish waters. This effectively means that there is no limit to the amount Irish fishermen can land in a year.

There is a total allowable catch – a landings limit – in place for sprat in the English Channel and the North Sea.

In terms of management, there are also restrictions on the gear used to target fish as well as the exclusion of very large vessels (120 feet) from the 12 nautical mile zone, other vessels (90-120 feet) being excluded. of the three nautical mile zone.

Trawling has resumed in coastal waters

A fishery management tool well received by a number of environmental groups, including the Irish Wildlife Trust, was the ban on vessels over 18m in length overall from trawling in coastal waters in the six mile zone.

“There was no doubt that this was the most positive thing that ever happened for conservation in the ocean, which might not mean much, but it was a big step,” he said. explained Fogarty.

This was due to come into effect in January 2020, with a three-year transition period to allow for the adjustment, but a High Court judgment later in the year concluded “that the political directive was taken in violation of due process. fair and is null and / or without legal effect ”, according to a spokesperson for the Ministry of Agriculture, Food and Marine (DAFM).

“The minister appealed the decision to the court of appeal and a full hearing took place on June 22,” they continued. Judgment on the case is currently pending.

While this was in progress, the minister obtained a “stay” after the ban was lifted last March, which effectively reinstated it for several months. At the time, Minister Charlie McConalogue said he was satisfied and that “this decision will mean that vessels over 18 meters in length are prohibited from trawling within our six-mile zone”.

However, this “stay” was not renewed at the end of September “which means that vessels over 18 m in length overall have resumed trawling” in this area, according to the DAFM spokesperson. They added:

The Minister is awaiting the decision of the Court of Appeal to inform the next steps. As the matter is pending, he cannot comment further until the matter can be resolved in court.

As the sprat is mainly fished in the last quarter of the year, this means that large trawlers can catch it this winter without any restrictions or permissions.

“Game over” for small boats

Many inshore fishermen did not welcome this news. Jerry Early is a part-time fisherman at Arranmore and President of the Irish Islands Marine Resource Organization (IIMRO).

“We are disappointed that it was canceled. Coastal fisheries like this would traditionally have been the main source of fishing for many small vessels. When the big boats get in, it’s over. 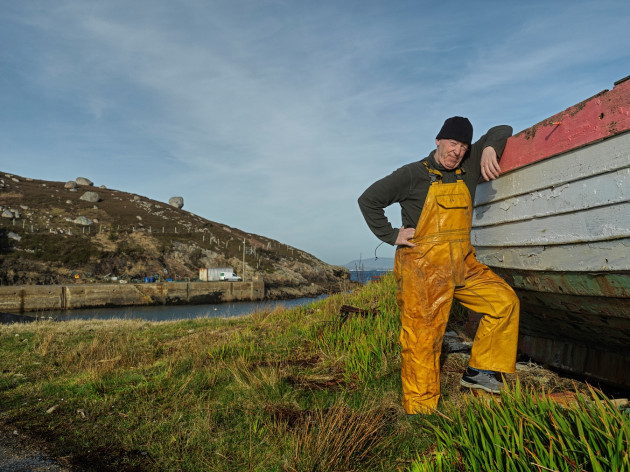 Early said there is a “real tradition of sprat fishing” in areas such as Donegal Bay and Inver Bay, where many families are supported by smaller coastal boats.

He added that “the only chance they have is to have areas cordoned off rather than opening it up to bigger boats.” This is especially true for vessels that cannot exit coastal waters for safety reasons “and depend on the fish that come ashore,” he explained.

However, Patrick Murphy, managing director of the Irish Southern and Western Fish Producers’ Organization (IS & WFPO), does not support the ban. The two fishermen involved in this lawsuit are both members of his producers’ organization.

“If we’re going to do it, we should apply it to all avenues and environments in our country – the biggest farmers, the producers. “

He added that he tries to be fair “to every fisherman – where is a big boat or a small boat”, but added that “people go to a resource”, so when “the fish are moving to the ribs, they will catch them on the ribs ”.

He argued that without bigger boats, small boats could come in and replace them, so he wondered if the durability of the stock would improve.

This is a point on which Fogarty and Early strongly disagree, with Fogarty stating that “the coastal area should be protected for small boats”, while adding that controls and limits must be in place.

All agree that management is necessary, although disagreeing on how it should be done, with Murphy saying sustainability could only be achieved if the fishery is managed, but added that this should not “discriminate”.

“There have been thousands of tonnes fished, not by big boats but by small boats,” he added.

Remarkable asked the Sea Fisheries Protection Authority (SFPA) for fish landings data broken down by vessel length and more than half of all Irish sprat landings in Irish ports since 2019 have been made by larger vessels over 18 m long.

There are 190 vessels over 18m in length in the latest Irish fleet register this month, representing less than 10% of the fleet. However, 50 of them are excluded from parts of near shore waters due to their large size (over 27.43m / 90ft).

However, not all large vessels participate in the sprat fishery, with the Stock Book indicating that an average of 25 vessels over 10 my participated each year from 2016 to 2020.

“An appalling waste of marine life”

Another concern of wildlife groups who spoke to Remarkable was the volume of sprat captured that was not used for human consumption.

The SFPA provided the investigative team with the figures it had, although the destination of the products was not known for all landings or all years.

The amount going for fishmeal has been increasing year on year recently. Half of the nearly 40,000 tonnes of sprat landed in Irish ports by Irish ships since 2019 has been used for fishmeal. This figure rose to 63% for landings in 2021 (until December 20).

Dr Simon Berrow, Managing Director of the Irish Whale and Dolphin Group, said that since the sprat supports so much marine life, “it doesn’t make sense for us to fish it and dry it to make it. fish meal to make food for salmon “. He added:

If we overfish sprat, what are we going to catch after that? Zooplankton? This is the next level. A healthy forage fish population will lead to a healthy commercial fish population. Hake cod fish feed on sprat.

Fogarty of the Irish Wildlife Trust felt that the use of sprat for fishmeal “was an appalling waste of marine life” and said “we should not catch fish for churning and feeding the livestock and farmed fish “.

Murphy from IS & WFPO said “the fish goes wherever the market is”. For him, “what is important is that the food that is taken and harvested is sustainable. The people who produce it should be applauded, not demonized.

This article was supported by reader contributions to Noteworthy, the Journal’s community-led investigative platform. If you like this and our other work, please consider contributing here.

Ghana signs a pact with Togo and ...